A couple weeks ago I got my haircut, and like any other time one goes to the hair stylist, it starts with some rather light conversation, like “How’s your day?” “Any big plans?” “How’s work?” etc. Through all that we got to talking about issues the Black community faces and what my stylist has seen, felt and witnessed as a Black woman, and I shared my experience as a transgender woman.

Sadly, we found a lot of similar experiences and discussed the issues trans people of color (POC) face and how incredibly difficult and scary it must be. As our discussion continued I got curious and thought to myself, “We haven’t written a lot on the blog about queer or trans POC.”

I want to thank my hair stylist for the inspiration and motivation. I think the biggest and most blatant topic to start with is hate crimes. So, much like anything else I do, let’s dive head-first into it.

According to the FBI in 2019, there were 7,319 hate crime incidents that were reported and documented. The sad reality is that of the 4,930 racially motivated hate crimes, nearly 50% (48.5%) of these crimes were motivated by offenders with an anti-Black or anti-African American bias.

The total number of victims targeted due to sexual-orientation was 1,429. Of that total 98.7% of those individuals are either, bisexual, gay, lesbian or transgender. The breakdown is as follows:

When looking at the gender identity bias there were 227 victims. 175 were victims of anti-transgender bias and the remaining 52 fell victim to someone with an anti-gender non-conforming bias. When we look at 2020, the FBI published the following graphs: 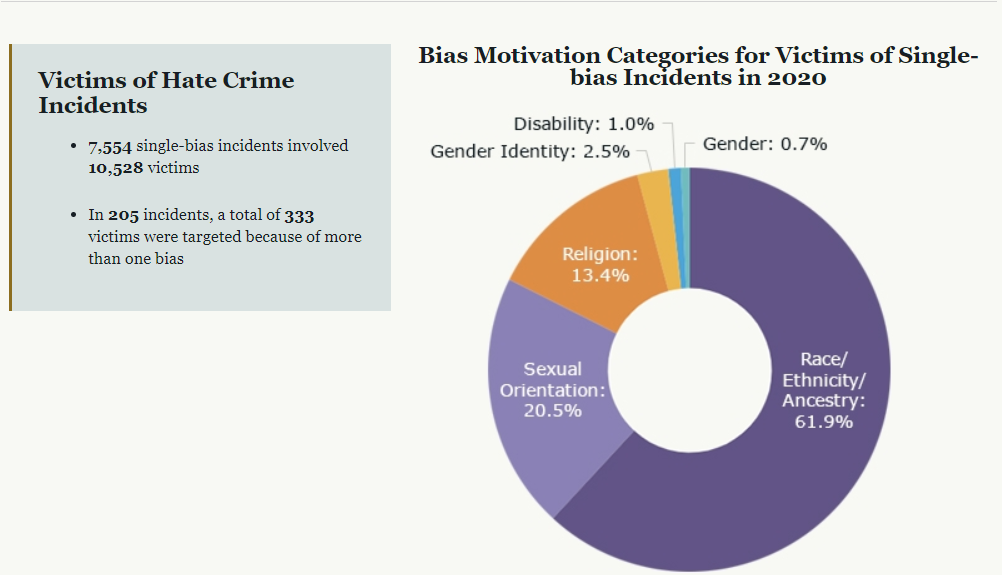 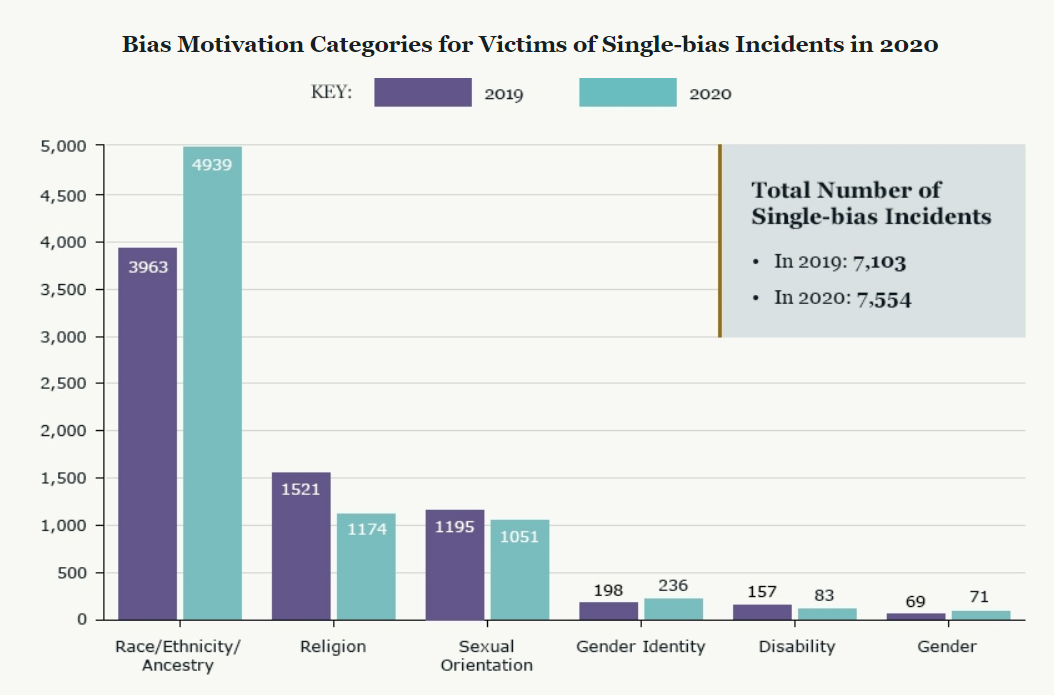 In a Special Report from the Department of Justice in June of 2017, it was stated that “about 54% of hate crime victimizations were not reported to police during 2011-15.” So if we take that 54% and apply it to today’s statistics that’s incredibly alarming.

In all honesty, I think they’re being humble about that 54% as well considering roughly only 12% of local police report any hate crimes to the FBI. If that isn’t a Sgt. Schultz situation then I don’t know what is. I love it when the proof is in the numbers but it doesn’t mean much when the numbers are spoofed or inaccurate.

The other issue at hand is that there are five states that don’t have hate crime laws. So by default, we’re already down some figures. Then each state varies drastically on what’s defined as a hate crime or what even qualifies. News 21 has an interactive map that puts it into perspective.

There’s another factor at play here though. We know the numbers are fudged, and there isn’t much we can do about that right now, but one of the biggest issues is people are afraid to go to police officers out of fear of deportation, humiliation or based on years upon years of valid distrust whether it be based on racism, sexism, homophobia or transphobia.

So, there’s a big question that emerges: What do we do?

There’s not a one-size-fits-all approach to any of this. We need to look at each individual community, police department, educational institution and healthcare provider — to name a few areas of opportunity — and figure out a tailored solution for them.

The first step is to be educated and aware of the issues and disparities. Once we can identify the issues we can work together to find tangible solutions. So, I ask you, the reader, to have these important conversations. They may be uncomfortable but the discomfort is far better than complacency and the results of such.