Before getting more in-depth with certain kinds of neopronouns, one must first understand the basis of the term neopronouns. This was new to me as well, being that I knew they existed but didn’t realize they were described as such.

From my understanding, neopronouns are pronouns outside of she/her, he/him and they/them – oftentimes used to express oneself outside any gender.

Xe/Xir/Xyr/Xir pronouns were originally used to refer to an intersexed person, but is also used to refer to a person of any gender, according to this archived post (if you’re really set to read about it, I suggest hitting CTRL+F and searching for “xe”).

Neopronouns are singular third-person pronouns used with the intent of being gender-neutral, and are generally used for those who are struggling to address their own gender. Xe pronouns are also used mostly to describe someone in the general sense, along with several other sets of neopronouns.

You can read more about neopronouns here, here and here.

However, the focus for this post is the neopronoun of “Xe.”

From what I could find, there are two variations of this set, including Xe/Xir/Xirs/Xirself and Xe/Xyr/Xyrs/Xyrself/Xemself.

And according to the LGBTA Wiki, here’s how they (and their alternative sets) are properly used: 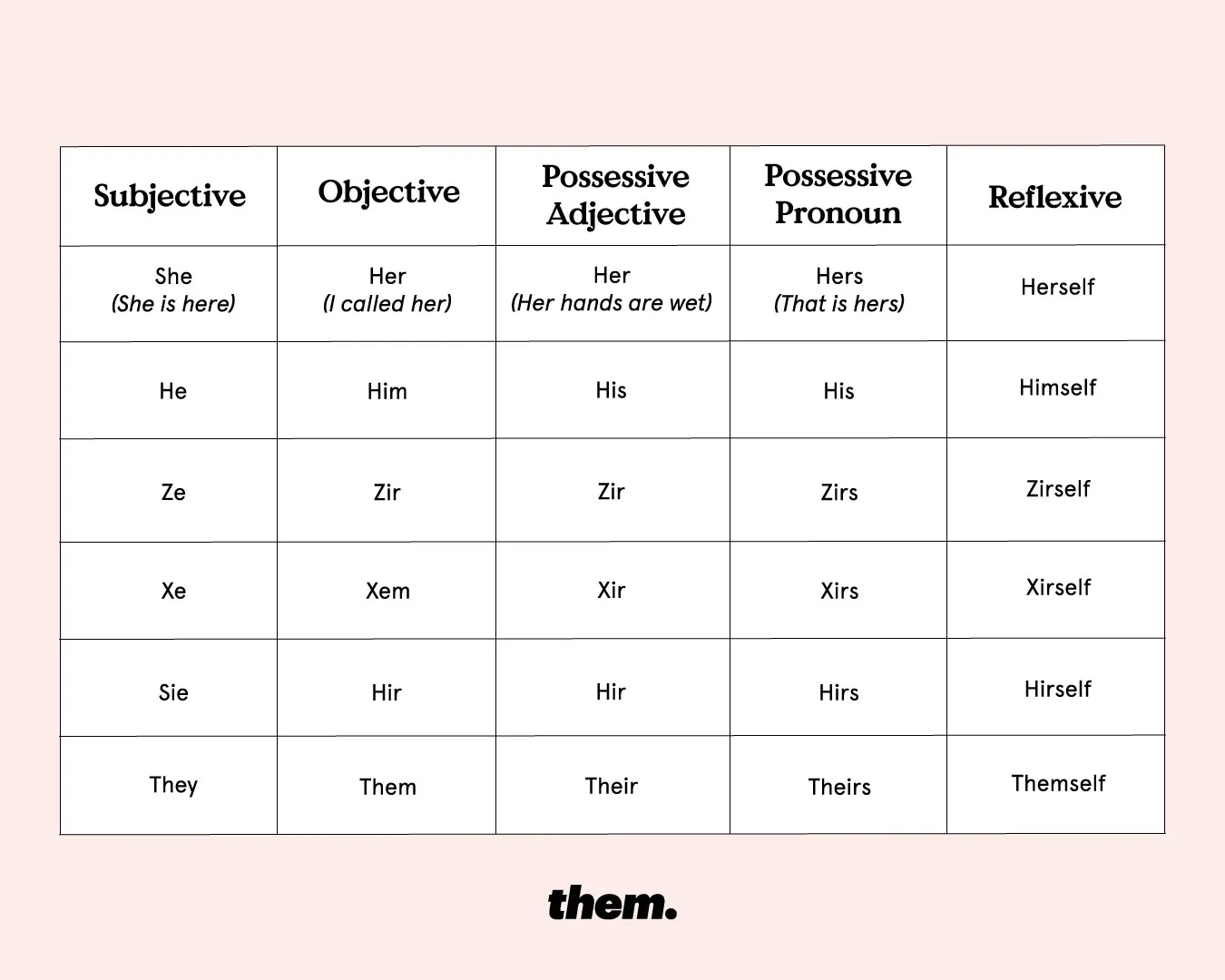 This set of neopronouns seems to have been around since the 1970s, when Don Rickter used them in an issue of Unitarian Universalist.

It is not new, albeit less common. However, it should not be frowned upon when someone asks to be referred to with this set of pronouns. It may take others more time to adhere to using them, but it’s the best thing to do to respect those you love.